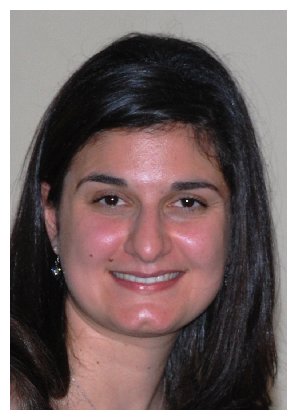 Piano teacher, music teacher, writer music educational books. Born in Athens in 1980 and from the age of five she began her musical activities. Maria Michalopoulou studied at a music academy notati Plovdiv Bulgaria specialized in music pedagogy. Also holds a degree in harmony, counterpoint and piano Diploma with Distinction.
Is a member of EEME (Greek Association for Music Education) and especially team member working pedagogical piano. Simultaneously be a member of ISME (International Society for Music Education) and participates in E.E.M.A.P.E. (Association of Music Teachers Primary Education). He was a member of the board of HON (Choir Youth Orchestra) and was awarded (first prizes) at national competitions Choir which organized the XON years from 2000 to 2001 and 2002 as conductor of the nursery the children's choir of St. Euthymius Keratsinioy. In 2002 he was awarded by the UNESCO Club for her contribution to music education. He was a member of the choir of St. Euthymius Keratsinioy the years 1995 - 2003 and head of the department of teaching piano which had organized the choir of St. Euthymius Keratsinioy from 1997 to 2003.
He has participated in several conferences and seminars relating to the pedagogy of music (1st National Conference music education for primary education, 2nd National Conference music education, 1st International Symposium choral music, 15th International conference choir, 6th International Conference of Greek Union for music education, participation in several music seminars). In 2003 - 2006 he created the children's choir of St. Basil Piraeus and piano department with many valuable presentations.

He worked as a musician at the Municipal School of the Holy Metropolis of Piraeus (2000 - 2007) and was head of the department of learning musical instruments in the above school. Participated in children's programs ERT 1, and a series of historic emissions of ERT on the 1st and 3rd program as an affiliate Domna Sammy. Has collaborated and worked at the conservatories: "Max Challeker" and "Research". Since 2009 collaborates with the "National Conservatory" and "Conservatory Opera." During the years 2009 - 2011 worked in preschools: "Sunbeam" and "Peace Aggelidou - Saraga 'and the parent club of the 13th & 21st primary schools Keratsinioy (head of the piano department).

Since September 2012 he has his permanent column "Mousikoprotaseis" in the magazine "Modern Nursery." He is a Fellow of the «London College of Music Examinations» and publishing «Cambia». In October 2012 was published by Cambia books "Children Organopoiimata 'k'" Songs Songs Games plaything. "

Also from February 2013 is deputy treasurer on the board of the National Competition music organized by HON (Chorus & Youth Orchestra).